In recent years, line-following automata have been becoming an increasingly essential aid in applications varying from automotive industry, health care, logistics and literary every aspect of modern human life. They are also used in different curricula from elementary education, to graduate level courses as an excellent aid in teaching technology and programming within most current educational systems.

Enorasis robot implements a line-tracking and following control technique for high speed autonomous navigation. A fusion of a new pro-active / feed-forward control system, based on the simultaneous use of computer vision and the use of an array of analog infrared-reflective phototransistors with an optimized PID based feed-back implementation is used.

At the core of the Enorasis robot’s navigation methodology is an algorithm for fusing a camera’s input data with infrared sensor data, processing them with a triple control algorithm that uses closed-loop, open-loop and Fuzzy Logic control techniques and their output of the vehicle.   Experimental evaluations and participation in several international competitions demonstrate that the new approach aids and improves the performance of line-following robots compared to the traditional PID technique.

Final run of our 1st place robot Enorasis in action in the Line Following Turbo category during the XII Robotic Arena in Poland
Robotex International 2019 in Estonia – 3rd fastest line-following robot in the world
The use of visual information for tracking the robot’s trajectory makes this technology innovative. For the first time in the long history of the line-following competitions, robotic vehicles competed using technology that imitates the human vision. Furthermore, technologies that have been adopted in the car navigation industry are modified, so that they can operate on low-cost training robots.
To the best of our knowledge, this is the first working visual–based system of line-following robot. The visual information greatly enhanced the ability of the PID controller to react timely in fast non-linear deviations from the setpoint. The proposed architecture orchestrates a flexible, low computationally cost and easily adaptable algorithm. It is believed that Enorasis robot constitutes a milestone for vision-based low cost robots. 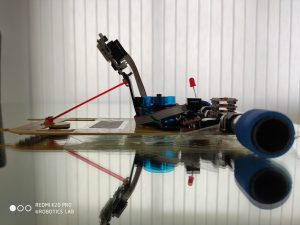 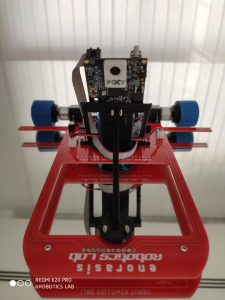 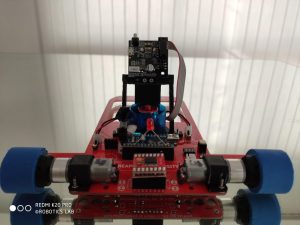 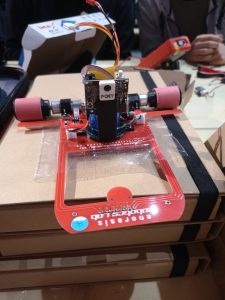 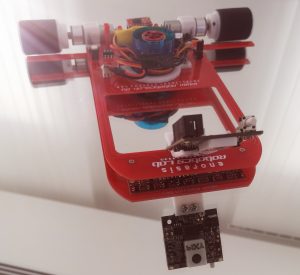 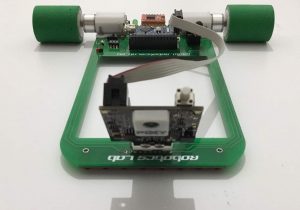 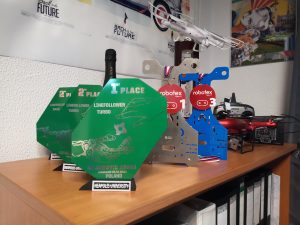 Enorasis robot is the result of the cooperation of ISL with the Robotics Lab.