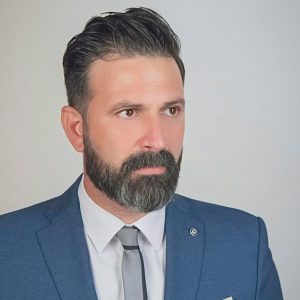 Savvas A. Chatzichristofis received his Diploma as well as his Ph.D. degree (with honors) from the Department of Electrical and Computer Engineering, Democritus University of Thrace, Greece. After a postdoc at Center for Research and Technology Hellas, he was appointed Adjunct Lecturer at the Cyprus University of Technology. He has also held visiting posts at Institute for Information Technology at Klagenfurt University in Austria. In 2017, he joined the Department of Computer Science, Neapolis University Pafos, Cyprus, as Associate Professor.

His research and teaching interests focus on the intersection of Artificial Intelligence, Computer Vision and Robotics. His scientific interests include visual feature extraction, image matching and registration, image indexing and retrieval, SLAM and Educational Robotics. He has over 10 years of solid experience reporting more than 70 publications in these fields. In total, his publications have accumulated more than 2300 citations as recorded by Google Scholar, giving an h-index of 21.

Additionally, as a software developer, he has implemented several popular software tools for a number of fields including multimedia, information retrieval, information management and gaming. Indicatively, he is one of the contributors to the LIRe library, the img(Rummager) platform, the Houdini MC project etc..

For his research contribution, he has received several distinctions, grants, scholarships and awards. Some highlights of his research career include:

He has served as reviewer for scientific leading journals in the area of artificial intelligence, image processing and multimedia (e.g IEEE Transactions on Pattern Analysis and Machine Intelligence, IEEE Transactions on Multimedia, IEEE Transactions on Robotics etc.). He is member of the editorial board in several international academic journals, including Frontiers in Blockchain. Moreover, he has also served as reviewer and member of program committees of several international conferences/workshops (e.g. IEEE IROS, IEEE ICRA etc.). Additionally, he has given numerous talks at universities (as visiting professor), at schools and in the industry. Many aspects of his research have been prominently featured in the popular press.

In his free time, he writes children’s stories.